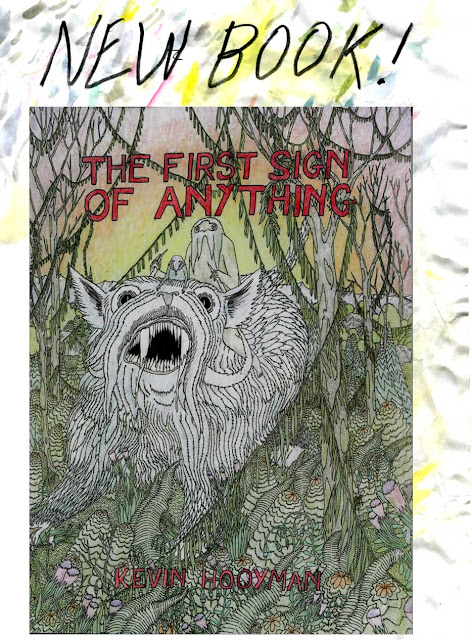 Recently I read Kevin Hooymans new book THE FIRST SIGN OF ANYTHING which you can buy here for a measly $10 USD and if I were you I would. Because no matter how hard I looked I wouldn't be able to see any reason why not. I would just forgo something else that costs $10 USD and get the book, if cash was my issue. If time to read the book was my issue, I would just forgo some other time consuming activity to read it. But that's just me. That's what I did. All of the above, and I enjoyed it so much and felt such solidarity with the fruits of Kevins mind I felt compelled to share some of my psychic fruit with him too. Albeit of a similar nature to his, but wrangled into a different format. A much less cohesive format. Because I'm still mid-process in an uber-wrangle of info and NRG and I like talking about it as I go. Seeing I am so hungry for perspectives on the out-of-it things that happen within me and inevitably emerge in some physical form.


So I sent him a lilac moleskine facet of my technicolour freestyle thesis about connections and parties, some pages from the Radical Fusion Felt Blog and a copy of RUSH : Made In Victoria With Chris In It As A Police Officer by Joanna Anderson and Chris O'Brien.


Kevin promptly responded by adding some characters from his own hand to my work, who were muttering about how simple it all is, and that these are the things they like to do. Plus wrote me an encouraging colourful layery letter and also included this most excellent and apt book, D.I.Y Magic, which again, is so far up my alley it comes a full circle through the alarming state of not being funny, all the way back to being funny again..... here's an excerpt from the introduction ..... 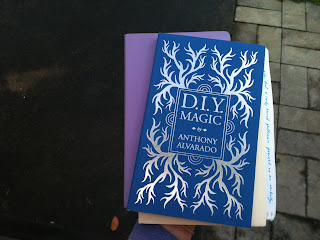 What is magic? It is the fine and subtle art of driving yourself insane! No really, it is just that. It is a con game you play on your own brain. It is the trick of letting yourself go crazy, and when it’s done right, the magus treads the same sacred and profane ground where walks the madman…


We can read descriptions of myths, of the practices of shamans, but the descriptions we might read by a Pentecostal believer, or a voodoo practitioner ridden by the loa, will be meaningless to us unless we have already been in the state they describe. These are wholly subjective experiences.


If you take these many practices, from across countless fields, cultures, religions, modes of being and systems of ritual (hypnosis, song and dance, duende, speaking in tongues, enchantment, faith healing, divination, out of body experience, sweat lodges, drumming, yoga, drugs, fever and on and on), we find that we are really talking about the same thing: a state where the mind lets go of the normal way of being and is opened up to an experience of existence as a whole that is bigger and without time.


These states are all really different forms of the same thing, or if not precisely the same thing, then near and adjacent territories in a realm that lies parallel to this one, reachable by many means.
In short, rather than advertise this as a book of magick, it could just as well have been labeled a book of psychology hacking. Or a cookbook. Think of it as jail-breaking the iPhone of your mind. Teaching it to do things that its basic programming was never set up for. Advanced self-psychology. 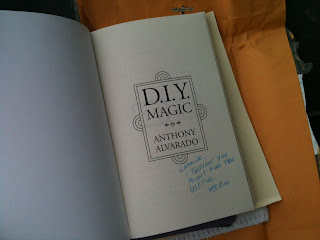 Posted by Crystal Diamond at 6:41 PM