Heeeeey. Happy Charismas and an all-encompassing new yeah! Thank the lord, I mean each other, for the charisma we so generously impart upon ourselves and our neighbours in our own special ways! This year is all about turning up the volume at Party Art HQ (aka The Freedom Factory).


2013 could be time for me to start making sense for a change. To follow up the recent focus on puzzling bamboozlement. MAYBE I'LL START BLOGGING IN CAPS. Na. Too much too soon. Will just turn it up slowly, decibel by decibel so that no one notices it's happening. See closing collage from founding party art blueprint plan RADICAL FUSION FELT BLOG that reveals my secret lifelong ploy to have a fruitful time partying and making friends with other birds on a fashionable universal backdrop. All the while mixing up my eclectic fruity influences in a big body melting mind pot and boiling them into some sweet sticky jam with a piquant tang that spreads smoothly on your toast or waits patiently inside your donut for you to take a bite. 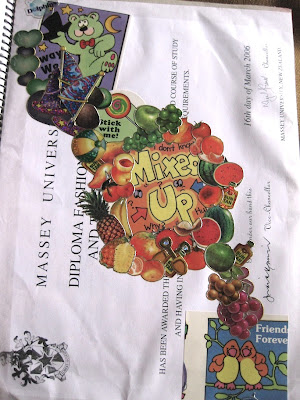 Mostly what is pon di horizon for me this year remains a mystery ... I have been in NZ since last August although it feels like 4 years in terms of density of events and experience. Further hammering the nail into the coffin of any linear perception of time I had and celebrating it's farcical hoaxy nature. More notions on that broken nutshell to be unpacked in a public art forum near you, SOON.


First big job of the year is to marry my sister Joanna and my brother to be Michael with the party invested in me. Knot to be tied in country Victoria, Australia in February. A humbling honour for a softly spoken vocally bumbling clown such as myself.


And stay tuned for R'N'BEING, a sassy psycho-spiritual Letters to a Young Poet type exchange between myself and the insightfully lyrical comedic goldmine Jessica Coco Solid Hansell, exploring the contents of our cocophanous psyches through the medium of words and pictures and sharing them on the internet for the party generation. Just in case there's something interesting in there. As fellow prolific psychic excavators and longtime penpal enlighteners we are expecting to unearth some archaeological arty facts worth raving about like reformed lunatics.


PS cannot sign off without sharing this piece of cinematic brilliance, ELECTRICI-SHE by D Thomas Herkes. Speaks for itself :

Posted by Crystal Diamond at 3:37 PM