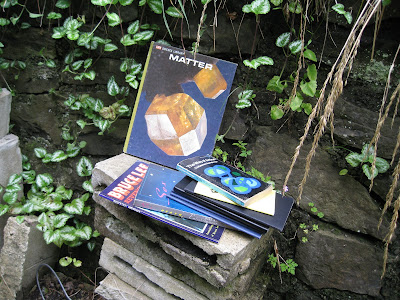 'Mastery of the inner world' wrote Carol Baynes, 'with a relative contempt for the outer, must inevitably lead to great catastrophes. Mastery of the outer world, to the exclusion of the inner, delivers us over to the daemonic forces of the latter and keeps us barbaric despite outward forms of culture. The solution cannot be found with deriding Eastern spirituality as impotent, or by mistrusting science as a destroyer of humanity. We have to see that the spirit must lean on science as its guide in the world of reality, and that science must turn to the spirit for the meaning of life.'

Lately I've been reading a few zen books and realising more and more that I've been groovin' to the tune of Buddhist thought convincingly disguised as my own thought for quite a while now.

How did that get in there!

Posted by Crystal Diamond at 6:28 PM