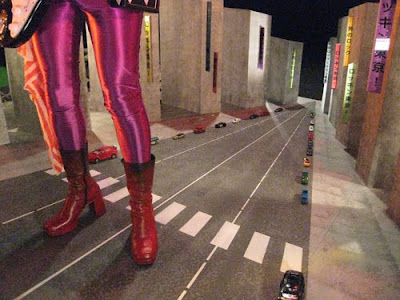 When I became a party, in late 2009, a series of synchronistic events happened in my life, running as a parallel commentary to the radical changes occurring in my mind. I was being flooded with images and emotions from what had once been my unconscious and was now just another part of the party known as Caroline Anderson. This came as an effervescent surprise to me. I hadn't been expecting to change so suddenly and was rapidly and instinctively researching wtf was going on, mostly via wikipedia, music and books full of solidarity that happened into my life at the time.

A few days after things started getting freaky a guy called Leon Salom called me asking if I wanted to make and select costumes for an ABC documentary called MIND based on Tom Cho's excellent collection of short stories, Look Who's Morphing.

Of course I jumped at the chance!

The book is comprised largely of fantasies he had while transitioning from being a woman into a man. He morphs with wanton abandon from one character to the next, often feeling misunderstood and lashing out dramatically. Secretly I was doing that too but with more blogging, drawing, dancing, rearranging, swimming and long walks to music than becoming a giant and destroying little cities.

In one of the fantasies he is a huge 80's cock-rock god with 50's hair smashing up Tokyo with his guitar (pictured above before destruction ensues) and in another he is mid-morph into Godzilla stamping all over his native suburb of Bulleen, and eventually vomiting blue. There was also a kinbaku (delicate form of Japanese bondage) expert on set for when tiny ladies tied him up. My friend Andy painted the clouds. The gaffer, Ed, had also worked on another totally freaky video I did costume for a few years earlier in Wellington.

If you live in Australia check it out on ABC1, Tuesday Feb 8th at 10pm.

Like Jung when he had his fantasies, the content of my mind got really ancient and really futuristic at the same time. I could see a lifelong-and-beyond party art project coming to fruition before my minds eye. The old thinking voice in my head shorted out and notions seemed to be bubbling up joyfully from an eternal fountain in the nucleus of my heart and pumping tingles all around my body. Ideas were bombarding me so thick and fast I became a bit of a raver for a while, not realising it takes more than a sentence or two to revolutionise.

I thought : OMG I CAN CHANGE THE WORLD RIGHT NOW WITH THIS NEW-FOUND INFO ! EVERYONE IS GOING TO LOVE THIS FEELING SO MUCH, I BETTER TELL THEM ABOUT IT QUICKLY !!

Then one day after being on set at MIND in Prahran I went to my friend Andrew Liversidge's masters show at VCA. He had recorded all the texts his girlfriend sent him while they were together and made a sculpture of a graph of the velocity of their relationship based on syllables per text throughout the duration of the relationship. He made it out of romance novels. I stood on my tip-toes, extended my arm and took a shot looking down from the top.

It gave me this sneaky message. 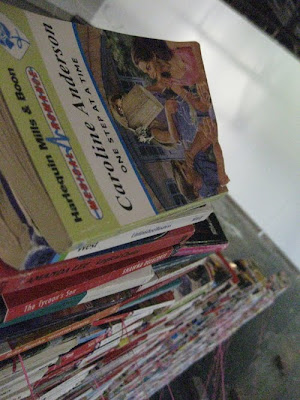 Posted by Crystal Diamond at 6:10 PM