THE MYSTERIOUS GIFT OF THE PROCESS THAT KEEPS ON GIVING 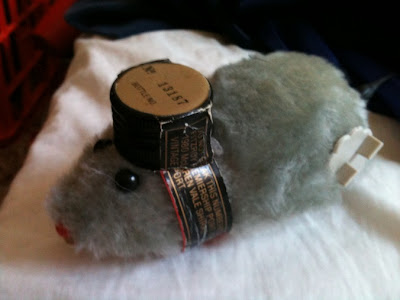 So begins the slow retroprospective unpacking of ideas surrounding the Enjoy Chinese Horoscope hyprophetical rat art show that is happening at the moment, and what it means for the future of Party Artistry. (The words in yellow are ones I've coined especially for this project, as far as I know).


Let's start (again) with a quote from The Way Of Zen by Alan W. Watts :


The reason why Taoism and Zen present, at first sight, such a puzzle to the western mind is that we have taken a restricted view of the human knowledge. For us, almost all knowledge is what a Taoist would call conventional knowledge, because we do not feel that we really know anything unless we can represent it to ourselves in words, or in some other conventional signs such as the notations of mathematics and music. Such matter is called conventional because it is a matter of social agreement to the codes of communication. Just as people speaking the same language have tacit agreements as to what words stand for what things, so the members of every society and every culture are united by bonds of communication resting upon all kinds of agreement as to the classification of action and things.
Thus the task of education is to make children fit to live in a society by persuading them to learn and accept its codes - the rules and conventions of communication whereby the society holds itself together. There is first the spoken language. The child is taught to accept 'tree' and not 'boojum' as the agreed sign for that (pointing to the object). We have no difficulty in understanding that the word 'tree' is a matter of convention. What is much less obvious is that the convention also governs the delineation of the thing to which the word is assigned. For the child has to be taught not only what words are to stand for what things, but also the way in which his culture has tacitly agreed to divide things from each other, to mark out the boundaries within our daily experience. Thus scientific convention decides whether an eel shall be a fish or a snake and grammatical convention determines what experiences shall be called objects and what shall be called events or actions.


How arbitrary such conventions may be can be seen from the question, 'What happens to my fist [noun-object] when I open my hand?' The object miraculously vanishes because an action was disguised by a part of speech usually assigned to a thing! In English the differences between things and actions are clearly, if not always logically, distinguished, but a great number of Chinese words do duty for both nouns and verbs - so that one who thinks in Chinese has little difficulty in seeing that objects are also events, that our world is a collection of processes rather than entities.

Posted by Crystal Diamond at 8:55 PM